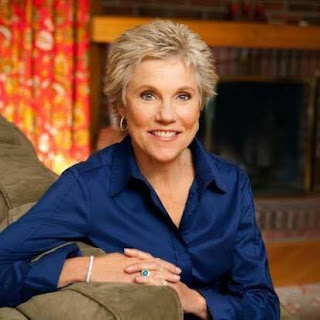 I'm heading to Springhill, N.S. this week for a new music festival. It's called the Maritime Music Fest, and features concerts, theatre and even a visit from the town's most famous citizen. Now, before you get too flustered, no, Anne Murray won't be performing; she's still holding strictly to her retirement vows. But the international superstar will be dropping by the Anne Murray Centre Saturday afternoon for a lengthy meet-and-greet with the public, something she always takes part in at least once a year. And this festival was conceived as a way to celebrate Murray's legacy and inspiration for East Coast talent.

Other events in the festival include a seven-hour concert Saturday, July 29, which will feature Catherine MacLellan, Christina Martin, Gordie MacKeeman and his Rhythm Boys, Jessica Rhaye, City Natives and several others. I'm stoked, because I get to MC that one. Earlier in the day, there's a songwriters' circle, featuring MacLellan, Martin, Rhaye and Christopher Brown, and part of that will see each performer do an Anne Murray song that speaks to them. Wednesday to Friday features a performance of the play Anne of Springhill, written and directed by Charlie Rhindress and presented by Live Bait Theatre. The dinner theatre comedy is already hugely popular, and at last word there were only a few tickets left, only on Thursday.
Rhindress is coordinator of the festival, and a member of the board of the Anne Murray Centre. The board had been talking about some kind of concert, and then was able to access some Canada 150 funding from the Nova Scotia government, he says.

"As a board we talked about the idea of the Anne Murray Centre not just celebrating Anne's remarkable career, but also playing a role in supporting other East Coast artists. We see it as a way of ensuring the longevity of the Centre, but also using Anne's legacy to offer exposure and opportunities to other Maritime performers. So, we started with that goal and came up with The Maritime Music Fest, which celebrates Anne, offers some opportunities for youth and features East Coast artists in performance," said Rhindress.
Murray has never failed to promote and support her hometown, and as far back as 1970, she has appeared at major events in Springhill, using her celebrity to bolster the town. That's still the goal, said Rhindress.

Not only does Springhill get a series of events, which just happen to coincide with the Old Home Week, but we also hope the Festival will provide a bit of an economic boost by bringing in visitors who might not otherwise come to the area," he said. "It is our hope that we can make this an annual event."
The concerts are being held at the Dr. Carson and Marion Murray Community Centre, and the meet-and-greet is happening at the Anne Murray Centre. That one is free, while tickets for the shows are available at the Anne Murray Centre or by phoning (902) 597-8614.
Posted by Bob Mersereau at 10:25 PM