MUSIC REVIEW OF THE DAY: THE BARROWDOWNS - COME WHAT MAY COME 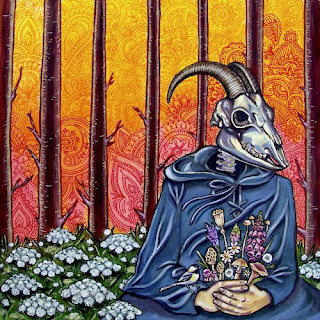 Here's a new, young folk group out of Halifax with a different sound and feel. The Barrowdowns is a five-piece with lots of vocals and lots of instruments, more of a modern folk sound with bass and drums throughout. The emphasis is on the vocal arrangements and lyrics, with all five sinigng at times, and the violin of Kendra Breen, sometimes joined by Dave Fultz as well. I certainly wouldn't call it a fiddle, and this isn't the Celtic or hoedown stuff. Many of the parts are intricate and even classically-inspired, working in and around the vocals and harmonies, on the top of the acoustic guitar-bass-drums rhythm, and alongside the banjo parts.

The stories aren't old-fashioned folk either. Instead, it's more Mumfords territory, modern problems like trying to earn a living wage, and a love vs. lust study called You, Me, the Earth and Infinity. Meanwhile, A Snowball In Hell is a dark ghost story done at full clip, more jazz than folk. At times, the group vocals remind me of that old America quality from the pop charts. That's a lot of stuff that isn't folk on a folk disc, but it all works, and The Barrowdowns should be an exciting band on the festival rounds this year.
Posted by Bob Mersereau at 9:36 PM