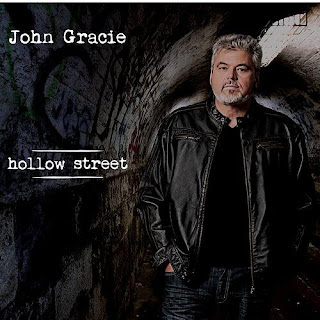 Nova Scotia's Gracie has covered a lot of ground over 15 albums, from jazz vocalist to Christmas crooner to his tribute to songwriter Gene MacLellan. Now he's bringing it all back home on his latest, going back to singer-songwriter material, both famous covers and his own acoustic material, how he started his career.

The idea is to capture the spirit of what he grew up with, the music and ideals of the immediate post-Woodstock era. To that end, there are favourites from Dylan, Gord Lightfoot, CCR, and Ian Tyson, some older stuff such as Tom Paxton's The Last Thing On My Mind, to later, like-minded writers such as Steve Forbert. He's going more for emotion and mindset than political writing, most effectively on a sparse, intense reading of Leslie Duncan's Love Song, best-known from Elton John's version.

Gracie's own songs come with more of the Woodstock generation message, including the title cut, about sympathy for your fellow humans. His Hideaway is more direct, a tribute to MacLellan and the songs he left.

The acoustic playing gives a good intimacy to the performance. Wisely there's a small bit of extra instrumentation for more atmosphere, including acoustic bass for depth, some gentle electric guitar for texture and a bit of nightclub sax for some occasional richness. This certainly captures the feel of those folk club nights and coffee house shows from simpler times.
Posted by Bob Mersereau at 8:04 PM