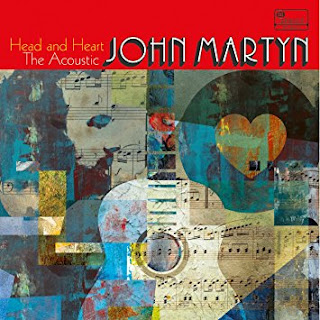 The brilliant but troubled Martyn was already one of great names of modern British folk in the early '70s when he shook the scene to the core with a new style. Martyn discovered an echoplex system that let him loop and swoop his guitar, leading to an explosive new sound. That was coupled with his developing writing and singing, which saw him bringing in more of a jazz approach, making him a unique figure. However, there are fans who would have preferred he never plugged in those pedals, and this is the set for them.


Well, it's still for any fan, since his acoustic material is just as winning. When he wasn't dazzling us with his percussive finger-picking, he had a melodic style that sent shivers up your spine, coupled with his remarkable lyrical turns. Plus, he was almost always accompanied by the incomparable Danny Thompson on double bass, the two as musically connected as possible.

Curator Joe Black has done a marvelous job finding not just the best acoustic album tracks, but alternates of others that originally were more electric. For this, he's gone to everything from unreleased demos to BBC recordings to alternate takes. What that means is all the best-loved Martyn cuts are here in some form, from a live May You Never to the original Solid Air to a previously unreleased Bless The Weather from the Old Grey Whistle Test. The two-disc set therefore operates as kind of an alternative history of Martyn, and the quality is always so high, even the echoplex fans won't mind.
Posted by Bob Mersereau at 11:07 PM