MUSIC REVIEW OF THE DAY: DYLAN IRELAND - EVERY OTHER NIGHT 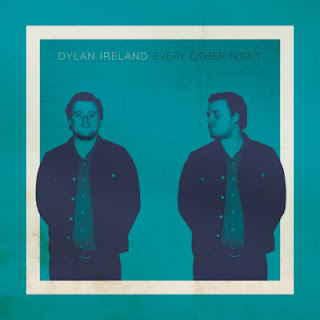 The former frontman for Peterborough's Express and Company leaves behind the more folk oriented sound of that band to get grittier on his first solo album. This one's personal, as Ireland tackles harder life themes, choosing guitar roots-rock as the vehicle. The more intense the topic, the more energy and sound is thrown on the fire.

The songs are full of admissions, about relationships, struggles and life in general, but surprisingly uplifting in their honesty and openness. "I don't know just what I'm doing, I get lost in the light almost every other night," he tells us, and there's something powerful about him getting that out there, we feel he can beat that particular demon. The whole tone of the record is defiant; with each song, each bit of heartache or confusion, the band, the melodies, and the gut-punch of the uplifting performance answer back, letting us know it can be alright, and Ireland is working things out.
Posted by Bob Mersereau at 10:54 PM