MUSIC REVIEW OF THE DAY: BOB SEGER - I KNEW YOU WHEN 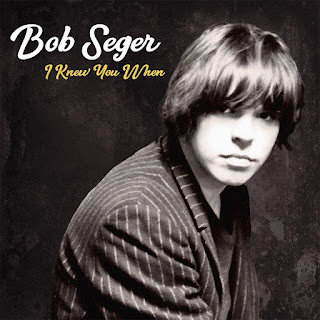 Imagine an alternative reality where Bob Seger wasn't pitching Chevy trucks and red, white and blue '70's arena rock. Where he was more like a wise senior statesman with some rock 'n' roll gravitas, more interested in wise statements in later years, like peers Lou Reed and Leonard Cohen. But wait, what's this? Has the time-space continuum shifted? Here's Seger like never before, wise and reenergized, looking back without and looking forward as well, with a purpose. And guess what, he actually does cover Reed and Cohen songs, telling us he's past the one-dimensional perfomer for middle America.


Pointedly, the Cohen song is Democracy, that '90's track that asserted that the U.S.A. didn't in fact have it's beloved political purity, but that it was coming, and would shake out all the country's bad points. Obviously it still hasn't happened. If indeed his old fans listen to the lyrics, they'll be scratching their heads. Seger puts his own spin on it for his track The Highway, where he sings "In a world of phony prophets, in a sea of vain conceit," and I doubt he's looking outside his country. The Lou Reed track he tackles is Busload of Faith, which says, quite prophetically, "You can't depend on the President/unless there's real estate that you want to buy." To think it took Bob Seger to remind us of that.

The main theme of the album is passing friends and musical heroes. He dedicates the covers to their authors of course, and Blue Ridge goes out to the late Little Feat drummer Ritchie Hayward, who played on the original session some years back. Most poignantly, he dedicates the whole album, plus closing track Glenn Song to Glenn Frey, who he mentored way back in the '60's. The album was actually conceived at first as an entire tribute to his long-time pal, and largely rocks because that's way Frey would have wanted it. The future Eagle got to sing on Seger's first hit Ramblin' Gamblin' Man when he was still a teen, and the acoustic ballad is the only soft song on a hard-hitting return for Seger, marred only by his recent spinal injury and surgery that cut short his tour. Still, he's on the mend and plans to hit the road in the new year.
Posted by Bob Mersereau at 10:39 PM