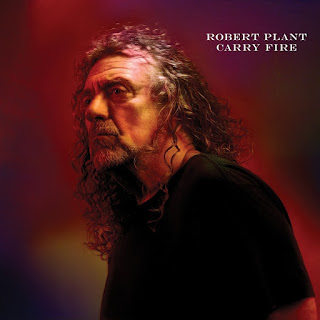 Quite a band, the Sensational Space Shifters. They certainly fit the modern Plant well, able to fit in all the various influences he's collected over his many years, except, interestingly, the raw bluesy Zeppelin stuff. They don't go near that, so don't ask. This is the moody, mystical mix of Eastern rhythms, Celtic vibes and even some electronic layers. Plus, the strangest cover of Bluebirds Over The Mountain ever, a duet with Chrissie Hynde of all things.

The songs have rich grooves with multiple percussion elements, and even the quietest moments such as closer Heaven Sent have a deep rumble and slow burn. This bunch works in textures and hues, not chords and solos. Above it all is one of the most famous voices of the last century, and for reason. It's his total command of the song that makes each one work, his ability to add gravitas and a hypnotic presence. And it's so interesting that he now does this without his trademark falsetto wailing and fierce volume, but with just as much power conveyed. It's purely captivating, other than that odd choice of Bluebirds Over The Mountain, which I don't get at all. Yet.
Posted by Bob Mersereau at 11:50 PM