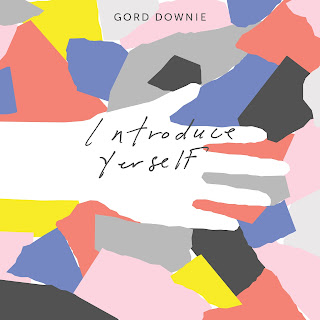 Well, what to say? This was going to be a tough one no matter what, but I guess it helps to think of it as a last present. The temptation is to read way too much into the words, but certainly there are times that can't be helped. And Downie really did make this personal, with the songs often written as love letters to friends, family and unnamed folks that might be you and me. As usual for him, some are more literal and easy to understand, while others are virtually undecipherable without lots of listens and some major guesswork.


Some of it is just heartbreaking, not from anything related to his illness or mortality, but in those simple moments that define a life. In You Me And The B's, he sings about a conversation that has lasted four decades, that begins and ends with talk of his beloved Boston Bruins. It's noted that his brother plays percussion on the song, by joining him slapping a hockey stick on the ice. My First Girlfriend is pretty self-explanatory, without naming names (he never does that), describing that time in clear detail, like it was weeks ago.


Working again with Kevin Drew from Broken Social Scene, who produced last year's Hip finale Man Machine Poem and Downie's Secret Path, these 23 songs are intimately recorded, mostly just the two of them, with few instruments, piano the most obvious. It's Downie's voice, telling the stories, that dominates, and it has the effect of a series of short stories. We follow along, learning about one important person after another. This isn't a Hip album, so don't expect volume and rock. On A Natural, we hear that classic Downie loud voice on the chorus, but it's one of the few times he lets loose.

These are memories, flashes of a life, the kinds of things that pop back into your thoughts absentmindedly, but one supposes, in sharp focus for Downie in the last few months. It's a gentle goodbye, to important people, including you the fan.
Posted by Bob Mersereau at 10:33 PM