MUSIC REVIEW OF THE DAY: DAVID SIMARD - THE HEAVY WAIT 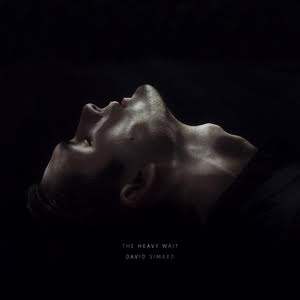 Minimum instrumentation but maximum mood from the Vancouver alchemist. Simard uses a small combo and a very expressive voice to present a dark, haunting set, both quiet and intense. Acoustic bass, brushed drums, spare guitar and piano, plus a couple of special colouring instruments are used with control and precision, and occasionally surprising thunder and echo.


Several of the songs are brooding and mysterious, heavy songs for heavy times. But the set is not without its humour as well. Good Clean Water is light-hearted in musical tone, a cowboy crooner number, referencing Cool Water by The Sons of the Pioneers, but politically charged with sly mentions of pipe lines and certain western provinces.


Especially effective are the interesting notes and textures coaxed out of the horns and strings, uncommon effects from the far reaches of their possibilities, the lowest strummed low or the bleatiest blast from a trumpet. They aren't overwhelming but rather used to further develop the atmosphere. The best instrument for that though, is Simard's voice, as dramatic as can be, with a natural tremor and compelling tone. Sometimes the most interesting weather is on those days with the darkest clouds and oddest shapes.


David Simard performs Friday, Sept. 9 at Thunder & Lightning in Sackville, N.B., Saturday at Wilser's in Fredericton, then heads off to some other less interesting parts of Canada.
Posted by Bob Mersereau at 10:51 PM