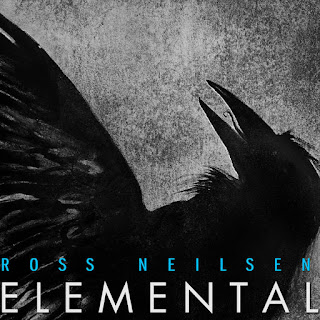 Quite a departure for the blues/roots singer-songwriter, who recently moved from the East Coast to the Prairies. Or rather, departures, as each song here features something different and new. Woman's Name is all swagger with a big, slow groove and nasty slide, but that's followed up by Devil Made You, which sounds like a whole different guy, a dark country number. A droning violin gives Ash Fault a haunting, far East feel, while gentle acoustic play on City Of Regret marks a tender moment.


Neilsen is aided by producer Steve Marriner throughout, including some quite different studio sounds, which help take the tracks into further surprising places. It doesn't have to be major; just the bit of different sheen on the various guitars, mandolin and stringed stuff on Nobody Gets Lonely sets this country-styled cut off into something more modern, and I can't think of anyone else making a track like this. Plus, following it up with a the sleek soul of horn-filled The Race, there's another whole new sound for both the disc and Neilsen, one he could easily follow for an entire new career, as it's the best song on the set.


There's a story arc to the album, as the darkness lifts as it goes along, The Arrow a fun and funky number, the mood much more positive. Neilsen describes the recording process as quite a personal journey in the liner notes, and certainly you can hear that. So, to sum up, it's a deep, dirty, sad, funky, uptempo, downbeat, country-blues-rock-soul-singer-songwriter-electric-acoustic-haunted-lively groove.
Posted by Bob Mersereau at 10:14 PM