MUSIC REVIEW OF THE DAY: JIM LAUDERDALE - THIS CHANGES EVERYTHING 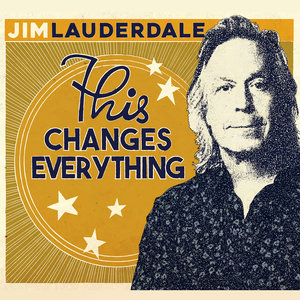 One of my favourite Lauderdale songs is The King of Broken Hearts, but you could also call him the King of Americana. He glides effortlessly from genre to genre, and is able to not just fit in, but to add to the form with top-flight new songs. He's a songwriter admired across all country and into rock and even Memphis soul, and back to bluegrass.


Add Western swing to that mix, or at least Lauderdale's own take on it. Stopping off in Austin for a quick recording session, he laid down a Texas dancehall set, fiddles to the front, pedal steel on the side. With his huge catalog to work from, he pulled out some older and newer cuts that fit the bill. But this being Lauderdale, he always has his own particular style in there, even when largely adhering to tradition. There's just that little surprising blue note or chord change, And don't worry about cliches; he just can't write them.


All The Rage In Paris features a guy looking back at his time in a Bob Wills-inspired band, that was huge, but only within the Texas boundaries. You Turned Me Around has that classic Big Band-meets-Swing Band style, and one of Lauderdale's killer couplets, "Just like we had never met, my heart did a pirouette." With his great drawl, he sounds halfway between high lonesome and George Jones on It All Started and Ended With You. I loved his take on the common ground between Tennessee's hubs of Nashville and Memphis on last year's Soul Searching, and would have been happy for more of the same, but this is equally pleasing.
Posted by Bob Mersereau at 7:53 PM