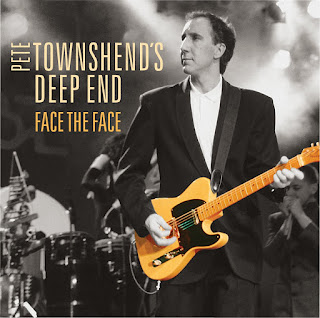 An intriguing look at what might have been for Townshend had he been able to escape the clutches of The Who. At this point in 1986, he may have still thought that was possible, as he was touring Europe with his own band, Deep End, for a relatively successful album, White City: A Novel. He even had a video hit with Face The Face. But despite all the bells and whistles around this tour, including a huge band, overall the public never bought Townshend as a solo act, preferring the nostalgia of The Who.


This set offers a DVD of a full show recording at the MIDEM conference in Cannes by the renowned German TV show Rockpalast. The video is a little degraded over 30 years, and there are some cheap-looking TV graphics from the time every few minutes, song titles that are largely unneeded, but the sound is good and overall it's a worthy viewing experience. There's also a bonus audio CD included for the folks who can't stand the sight of Townshend in a sharp suit, and dapper fashions for the rest of the band, kind of a retro gangster look. It does seem like he's trying too hard on the visual image side, even with some dance moves when he's not singing.


He's free to dance at times, because he's not the lead guitar player; on this tour, he had Dave Gilmour as a guest star, and the Floydian one provides some power, although not really the grand atmosphere he is known for for this own band and solo work. Pete meanwhile is bouncing about with an acoustic. I do like some of the rearranged Who material, especially the opener Won't Get Fooled Again, which starts out as a strummer before the full band, including the five-piece horns blow in. And there's a great solo acoustic Pinball Wizard, something you'd never get when Daltry is around.


The solo cuts, especially the White City ones, pale in comparison, but that's always been the problem with Townshend's non-Who stuff, it's been hit-and-eight-misses usually. Slit Skirts is the best of the bunch. Gilmour was generously given his own spot, and he chose a cut from his most recent solo album, Blue Light. While it gave the guitar fans something to watch, it also showed why his frontman routine always needed more life.


With five horns, five singers, a harp player, extra percussionist, two guitars, bass, drums and keys, 17 members in total, the show had plenty of razzmatazz. But when the best song of the night featured Townshend playing a Who classic alone on acoustic, it's no surprise that his solo career never took off.
Posted by Bob Mersereau at 10:33 AM