MUSIC REVIEW OF THE DAY: MICHAEL KAESHAMMER - NO FILTER 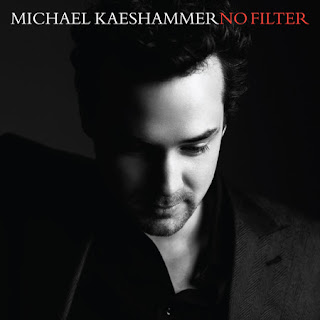 Do I have to make the case for Kaeshammer? He's now 11 albums into his career, one that is defined by his being more than a great piano player. He's that, in spades, and could just keep us happy with expert stride piano numbers. Or he could be that fun singer and entertainer, putting personality on top of the playing. But his influences and interests go much deeper, and in the end, songwriting is what drives him. On No Filter, he goes effortlessly from jazz to pop to soul, with strong songs leading the way, beefed up with his other considerable talents.


Everybody Catches Love Sometimes is a airplay-worthy number, a bright modern soul number, with some tasty playing from none other than Randy Bachman in a guest role. Back Into The Pen has a strong lyric, about an ill-timed letter to a lover at the end of a relationship, that puts the nail in the coffin, a mistake realized too late. And just to remind us he can evoke as much emotion with just the keys, the album finishes on the touching melody of Sunset, one of two instrumentals in the set. Calling Kaeshammer a jazz pianist misses the point.
Posted by Bob Mersereau at 9:05 PM