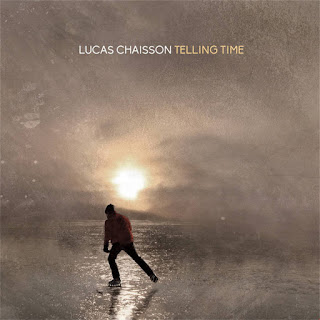 I have a few shortcuts when it comes to music reviewing, just to get through the sometimes-overwhelming amount of releases that arrive. One that has never failed me over the past 15 years or so is: If Colin Linden produced it, listen close, you're going to like it. He could probably make a killer Donny and Marie album. Usually though, we have the same tastes, rootsy singer-songwriters surrounded by lots of warm, wooden instruments. Case in point, this young Edmonton fellow.


Now, being an East Coaster, his last name provided another shortcut for me, and sure enough, he is one of those Chaissons, the P.E.I. clan, generations-deep in folk music on the Island. He's a cousin of Tim, the wicked singer/fiddler/songwriter of The East Pointers. And Lucas is about to tour the Maritimes for the first time since releasing this highly regarded set back in 2015. So, I'm in.


Telling Time has this rich depth on each track, centered around Chaisson's homey voice and personal stories. Maybe they aren't all his tales, but they are touching and rich with detail, thick with memories, tinged with melancholy. The characters show up as much-loved ghosts from the past, with stories that are sad because they are in the past, some beautiful memories that are gone too soon. Time does that; yes, it heals, but it means we can't go back there, except in memories like these songs provide. Linden wisely gives several of these cuts the barest of accompaniment, his usual A-team players including John Dymond on bass and Gary Craig on drums.


You can see Lucas Chaisson in concert at the following:

Posted by Bob Mersereau at 1:15 AM