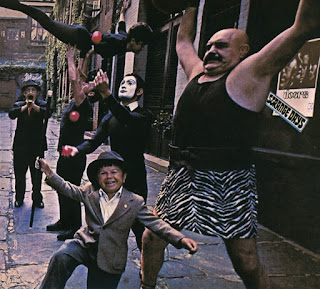 The final part of the Doors 50th anniversary celebration features the group's second album of the crucial year of 1967. The band's debut had established them as one of the biggest new American bands, thanks to the huge hit single Light My Fire. Already kings of the Sunset Strip club scene, they had graduated to national touring, but also had to find time to get into the studio for that important follow-up album.

Most groups put all their best songs on their debut disc, and then are stuck for material for the next one, but in The Doors case, they had more than enough stockpiled, thanks to months on the club scene playing their originals, and the fact Jim Morrison was somewhat prolific. Also, Robbie Krieger had written Light My Fire, and the rest of the band came up with the music, so he wasn't on his own in the writing department. Moonlight Drive was left over from the first album sessions, and other tracks, including the epic When The Music's Over, were staples of the club shows. The other big tracks here are People Are Strange and Love Me Two Times, so it's one of the group's stronger discs. It also reflects the flip side of the peace and love scene of San Francisco that was popular that year. Morrison had picked up on the darkness that fed on naivety, and the whole album had that vibe. Sometimes it was an act, but most times, especially early on in the group's career, he was trying for art.

There's no bonus tracks for this, but instead we get the album in both mono and stereo, on two separate discs. There are some noteworthy differences, with the stereo allowing for instrument separation, but the mono is clean and powerful, thanks to a great remastering by original engineer Bruce Botnick. Sometimes the original is enough.
Posted by Bob Mersereau at 10:30 AM