MUSIC REVIEW OF THE DAY: WILCO - A.M., BEING THERE (Special Editions) 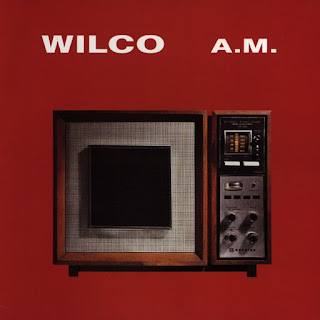 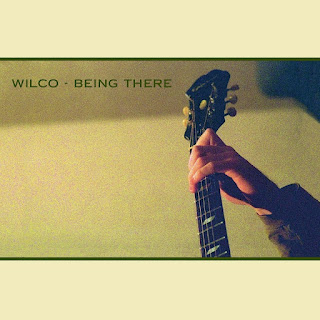 Wilco fans are justifiably excited by the reissue of the group's first two albums, from the mid-'90's. First off, there are beautiful 180-gram vinyl versions, long out-of-print in that format, and hard as hen's teeth to track down. Second, there are lots of bonus tracks now included, all previously unreleased. The vinyl sounds especially great, although it's a tough choice because not all the bonus cuts for Being There are included, even though it's four albums long. The CD deluxe set is five discs, and includes a full concert from the Troubadour club, previously only found on a promo cassette.

A.M. was the group's first album, although they were barely a band at that point. They were the remnants of Uncle Tupelo after Jay Farrar left to form Son Volt. Jeff Tweedy, at that point the bass player and second-string singer and writer, gathered the others together to support him as he moved to leading on his own, having enough songs squirreled away. Most of them were still in the alt-country vein of Uncle Tupelo, the quartet joined by session pro Lloyd Maines (Dixie Chicks) on pedal steel and Brian Henneman (Bottle Rockets) on lead guitar. But Tweedy's songs were often filled with pop hooks, instead of being pure No Depression style. I Must Be High and Pick Up The Change are glorious tracks that showed how easily he could write in that style.

There was something new brewing however, and that's heard in the bonus cuts found here. Present is an early version of a crucial song he was crafting, Outtasite (Outta Mind), which would show up as a centerpiece of the next album, 1996's Being There. It was a much different band and sound a year later, with an important new member in Jay Bennett, now handling guitar, keyboards, lap steel and more. Mostly though, the alt-country tag was often not applicable on the sprawling double-CD. Opener Misunderstand had a bit of cacophony and weirdness, and there was a whole lot of stuff going on in both the music and the theme of the album. Rock and roll and youthful confusion and rebellion were being examined for their pros and cons by someone a little older but no more wiser. While there were still blasts of feel-good rock like Monday, there was certainly more introspection, and the end result was a major album that confirmed Wilco would be an important band, Tweedy a risk-taker as much as a hitmaker.

There were upwards of a dozen more songs recorded for the album, and several of those are found in the generous 15 bonus studio cuts included on the reissue. There are also a few alternative versions of songs that did make the album, including Monday with more horns, I Got You with a dobro part, and yet another version of Out Of Sight, Out Of Mind, the fourth now available. All versions (CD, vinyl and digital) also include a short set taken from radio station KCRW, where the group performed quiet versions of Sunken Treasure, Red-Eyed and Blue, Far, Far Away, and a surprise of Carole King's Will You Still Love Me Tomorrow. One thing about Wilco, they always treat their fans with the highest-quality packages, and go out of their way to provide lots of bonuses and liner notes on these reissues. These appeal to all the senses.
Posted by Bob Mersereau at 9:23 PM